The volunteers of all ages planted native plants in the area near Holland Lake. Some planted trees and shrubs near the edge of the park, and others planted native species in a wetland area. The native species will provide a natural habitat for wildlife as well as a buffer between a residential area to the west and Cliff Road to the North. 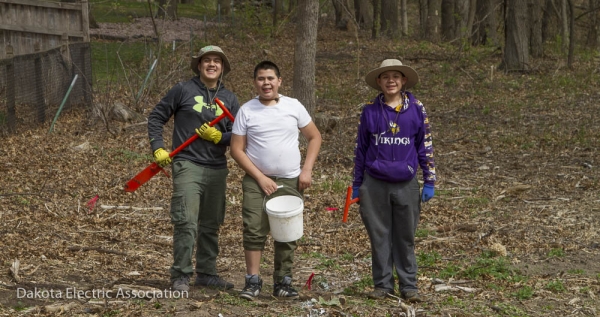 A couple of Boy Scout Troops helped plant trees and shrubs at Lebanon Hills Regional Park on May 5, 2018. 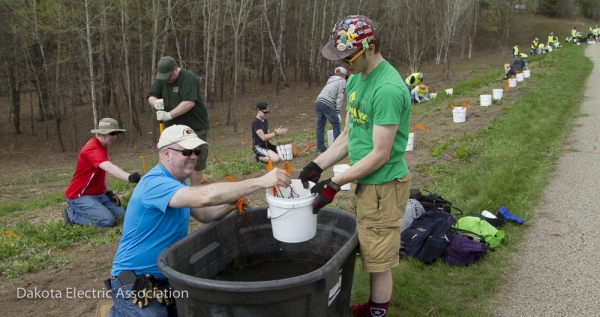 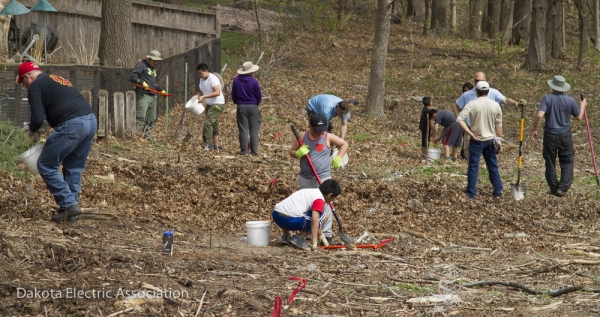 Many volunteers helped plant native species in the Holland Lake area of Lebanon Hills Regional Park on May 5.

“Dakota Electric’s volunteers provided a great service to the park,” natural resource specialist Meghan Manhatton said. “We have worked with volunteers from the cooperative for many years and appreciate the work they do.”

Dakota Electric’s effort to organize volunteers at the park is part of a larger statewide program started by electric cooperatives in 2000. Since its inception, the GreenTouch event has attracted 9,350 volunteers statewide who have completed more than 33,437 volunteer hours benefitting Minnesota parks.

This was the seventh year Dakota Electric rallied volunteers to work in a Dakota County park, and the 17th year overall that Dakota Electric has been organizing its members to volunteer at local parks.

“We had beautiful weather and an enthusiastic group of volunteers,” said Joe Miller, event organizer for Dakota Electric. “We had several projects that people of all ages could enjoy doing together.”

“We really appreciate all those who helped,” Miller said. “It is nice to see so many people giving their time to give back to their local community.”

To view photos of the event, visit www.facebook.com/dakotaelectric.

Those interested in helping in 2019 can watch for an insert in their bills next March or April. The event is usually held the first Saturday in May.