Linda Ball is visibly moved when she tells the story of an assault victim who met with a prosecutor to discuss a criminal case. While speaking about her experience,

the girl was uncomfortable and began shutting down. Ranger, a victim support dog, was at her side. Sensing the need, Ranger laid his head on her shoulder and left it there until she became comfortable enough to continue, creating an environment where it was safe to do so. Ranger’s presence offered the victim validation, security and healing.

Ranger is one of many dogs trained by Pawsitive Perspectives Assistance Dogs (PawPADs), a nonprofit organization with a dual mission to enrich the lives of people with disabilities by providing them with exceptionally skilled assistance dogs; and to utilize the power of the human-canine bond as a therapeutic, educational, healing tool.

The human-canine bond is a very powerful thing. Ball, founder and executive director of PawPADs has witnessed first-hand how that special bond has impacted not only her clients who receive the assistance dogs, but also the people who train them.

She and her husband, Randy Patrick, run the business on their 14-acre property outside of Lakeville. They have developed positive reinforcement training programs that offer volunteers, university students, veterans, prison inmates and at-risk youth the opportunity to help raise and train the canines.

Ball acknowledges that working with the dogs can have an impact on everyone, but it is especially true for veterans with PTSD, inmates and at-risk youth who, through training, often learn or re-learn self control, emotional regulation, parenting skills, communication skills, patience and responsibility.

“It is amazing to see the impact these dogs have on them and how they communicate,” Ball said. “It really changes them in such a positive way.”

Once trained and ready, the dogs are placed as service dogs for wounded warriors, children and adults with diabetes, and persons with physical mobility challenges.

The dogs typically come to PawPADs as puppies either from rescue organizations or purpose breeders. Over an approximately two-year period, young service dogs in-training must pass high standards of health, behavior, obedience and skills training in order to be placed. In addition, diabetic alert dogs must also be trained to detect and alert to the changing blood sugar levels in Type 1 diabetics.

Ball acknowledges that some dogs just aren’t cut out for the “work” due to a variety of reasons such as too social, a health issue or a high prey drive. Those dogs often become facility dogs used for therapy or companionship.

In fact, she says they are getting more and more requests for facility dogs. “People are seeing the benefits of having dogs in schools, courthouses, funeral homes, nursing homes and other places,” she said.

The first dog placed through PawPADs is at a VA home in Hastings. They also have a number of school resource dogs at various elementary and middle schools in the Lakeville School District, and most recently, they partnered with 360 Communities to place Ranger, the state’s first victim support dog, in the Dakota County court system. They also placed Coco, another vicitm support dog, with the Lakeville Police Department.

Ball says the recent story of Ranger and the countless others are what keeps them going.

“We sometimes get mired in the care of these dogs; the chores, picking up poop, working seven days a week, fundraising and everything else,” she said. “And then we get a note from a father who says, thanks to their diabetic alert dog, they were awakened in the middle of the night when their son’s blood sugars dropped; or a phone call from a former prison inmate who thanks us and tells us what a life-changing impact the prison’s facility dog had on him; and we are reminded of why we do what we do.”

In addition to Ball and Patrick, PawPADs employs one other full-time staff member and has nearly 25 volunteers. Their funding relies primarily on individual and corporate contributions, fundraisers, gifts in-kind and grants.

“That’s why support from organizations like Dakota Electric is so important to us,” said Patrick. “We aren’t a huge operation, and we don’t strive to be. Because our mission is two-fold, we are just as much about the process and experience of the training as we are about the placement.”

In December, Dakota Electric awarded PawPADs with the 2018 Touchstone Energy Community Award, which recognizes the efforts of nonprofit groups, community organizations and businesses who have shown a strong commitment to their community. PawPADs received a check for $500 from Dakota Electric and will go on to contend against other award winners from across the state for a cash prize of $1,000. Majestic Hills Ranch (Lakeville) and Bundles of Love (Burnsville) were runners up and also received $500. 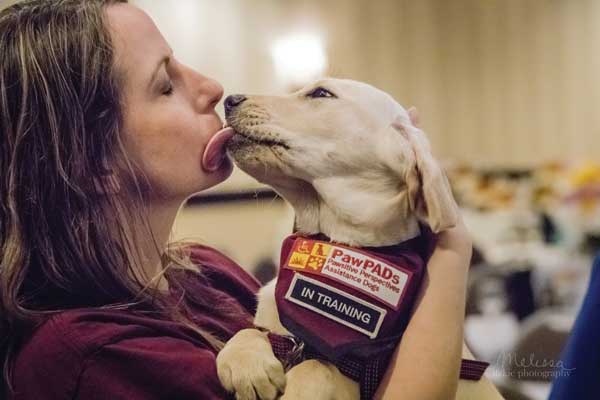 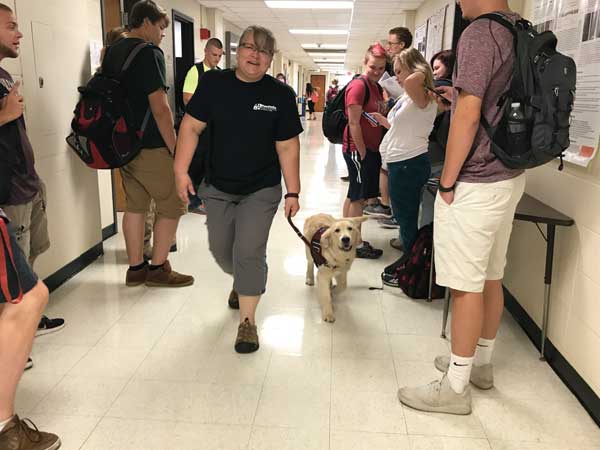 The Assistance Dogs Education Program and Training (ADEPT) is an innovative intern partnership between PawPADs and the University of Wisconsin River Falls. Students are responsible for the training and socialization of the assistance dogs, which includes a high level of obedience skills and task training such as turning on lights, retrieving, alerting to blood sugar changes and tugging open doors. Every student is responsible for the daily care, supervision, training and sanitation of the dogs involved in the program. 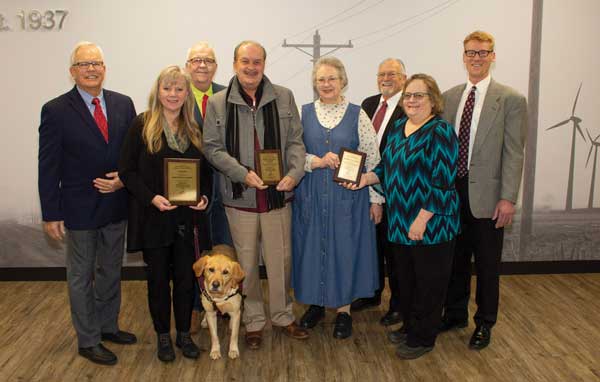