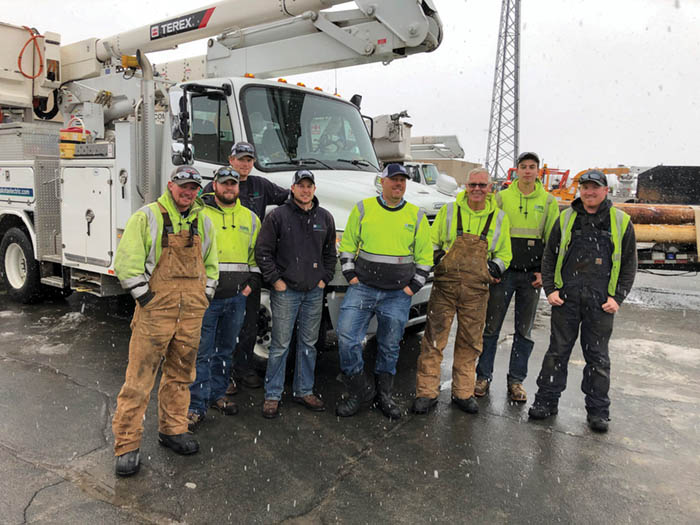 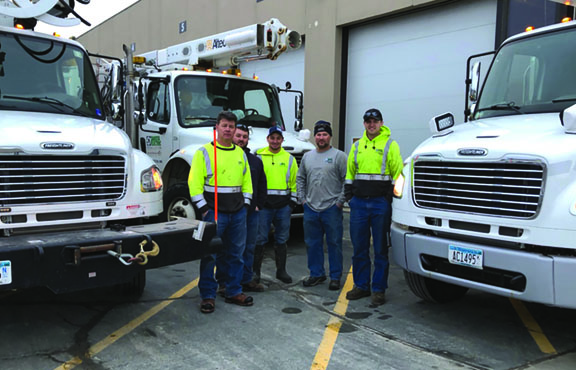 Both co-ops had hundreds of poles down and thousands of members without electricity from the April storm that brought snow, ice, rain, thunderstorms and high winds to Minnesota, and they needed help rebuilding miles of power lines. 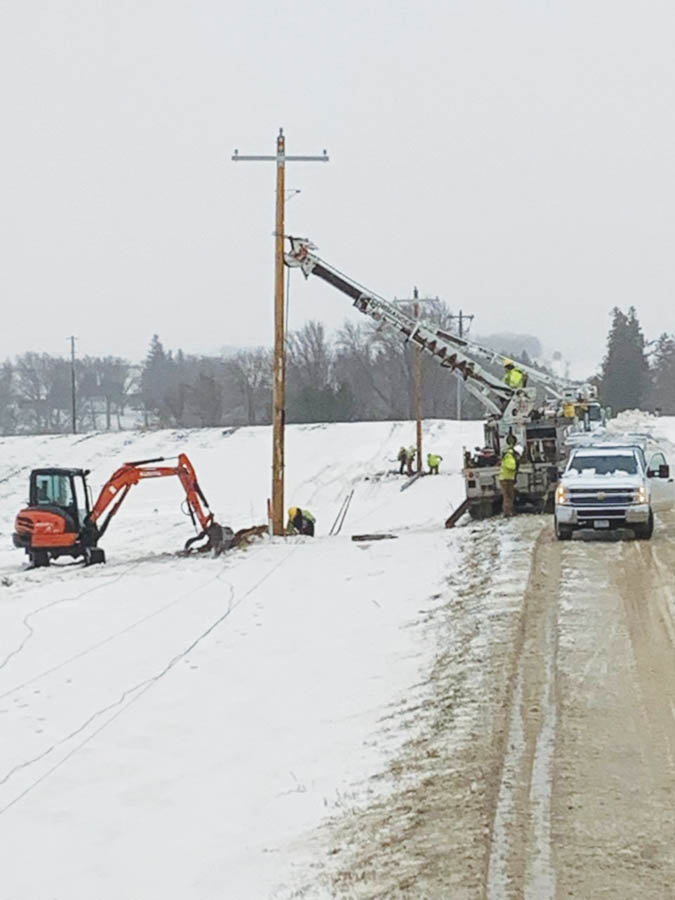 “Once we knew the storm had passed and our system was in good shape, we were comfortable sending help,“ said Jeff Schoenecker, vice president of utility services at Dakota Electric. Another consideration is the location of the co-op requesting help. “Both requests came from co-ops that are relatively close by, so we could easily call back our crews if needed.” 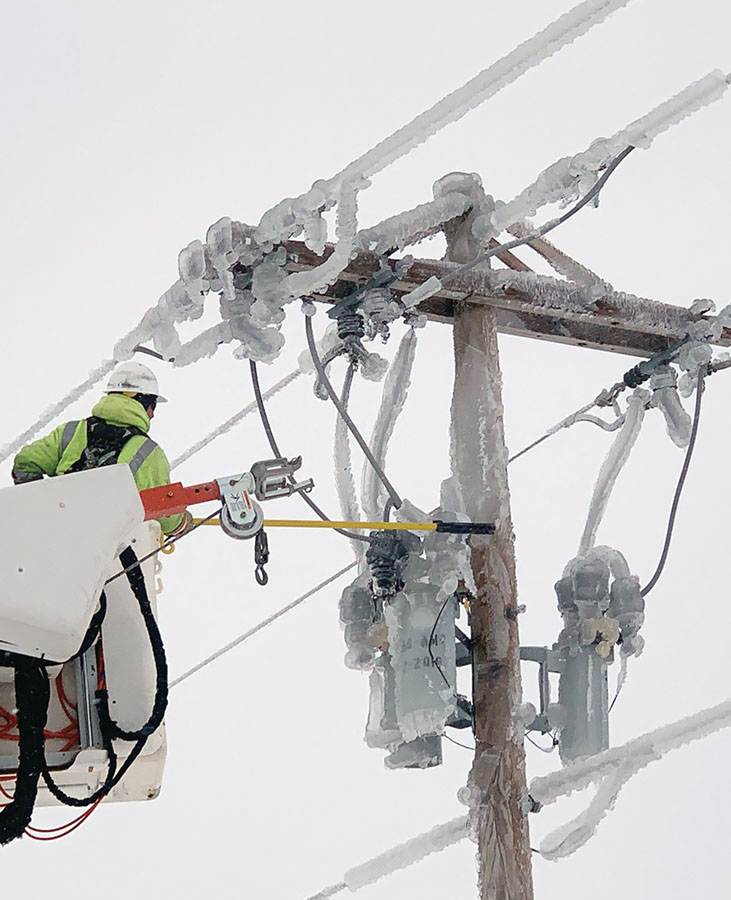 Prior to crews leaving Friday morning, Dakota Electric held an important safety meeting. “Storm restoration is some of the riskiest work there is,” said Bernie Kolnberger, Dakota Electric’s utility services manager. “When we’re in someone else’s territory, it’s even riskier and our safety rules must be followed.”

“We are part of a mutual aid agreement with other Minnesota co-ops,” reported Schoenecker. “Given the extent of the damage, I fully expect our crews to work throughout the weekend.”

Damage and power outages from the storm were extensive throughout southern Minnesota, and other co-ops also received mutual aid from utilities across the region.