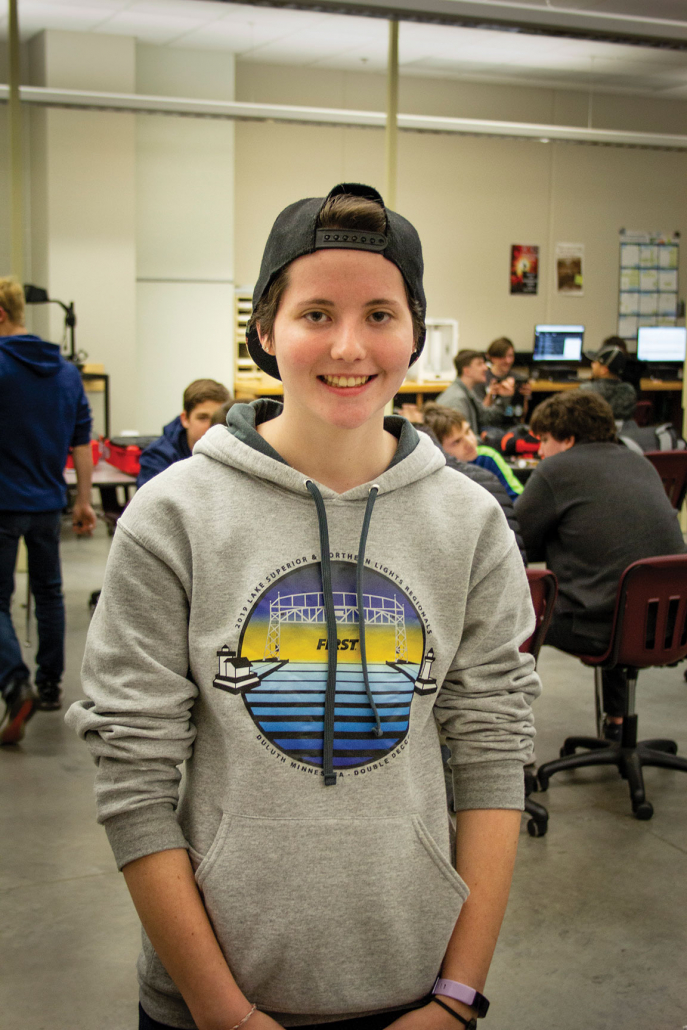 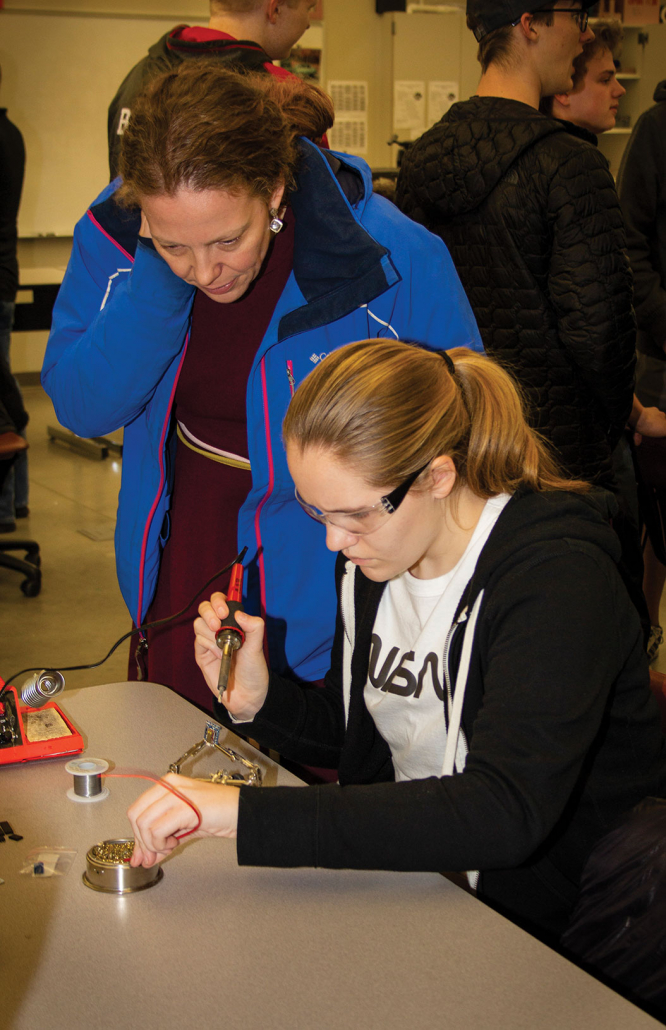 Farmington High School’s robotics team made national headlines last April when they modified an electric toy vehicle into a wheelchair for 2-year-old Cillian Jackson. The following month, the team presented their second customized wheelchair to a Burnsville boy, Rocco Zachow-Rodriguez, on the White House lawn. Featured by more than 100 different media sources, Rogue Robotics inspired the country with their concern for community.

This concern for community is why Rogue Robotics was chosen as Dakota Electric’s 2019 Touchstone Energy Community Award winner. The award recognizes the efforts of nonprofit groups, community organizations and businesses who have shown a strong commitment to their community.

Rogue Robotics also started the first Minnesota chapter of GoBabyGo in 2019. Started at the University of Delaware, GoBabyGo involves modifying electric toy vehicles into mobility devices for handicapped youth. The team is currently finishing their third GoBabyGo electric wheelchair, which will go to the son of one of their teachers.

“I believe he is 9 years old,” said high school senior Nicole Cash, the team’s PR representative. Building the vehicle for an older child means the chair needed to be larger, presenting the team with a whole new set of challenges.

“The mechanics were completely different this time around,” said Cash.

But this is not stopping the team. In fact, their goal is to provide mobility for as many handicapped youths as possible.

“Our hope is to provide others with the opportunity to use the resources we created,” said Cash. “That’s why we built a modification guide and placed it on our GoBabyGo webpage — so others can benefit.”

When asked why she applied for the 2019 Touchstone Energy Community Award, Cash said it was because she sees the impact the high school robotics team has on the community.

“GoBabyGo has changed our perspective on winning and the importance of STEM in our daily lives. We’re not just a team anymore,” said Cash, “it really feels like we’re part of a community organization. A family.” The team’s coach, Spencer Elvebak, could not agree more.

“Whatever project they are working on — mentoring youth, building robots, community outreach or fundraising — they come together as a family and dive into the task at hand,” said Elvebak. “I’m so proud of the energy they bring to everything they work on.”

The team has 35 active members in its current season — a big leap from the three students who founded the group in 2009. In fact, the group has grown so large that sub teams were formed to allow students with different skillsets to partake.

The team operates through FIRST®, a not-for-profit STEM engagement program for students around the world. Each year, the team builds a 125-pound robot to compete at the organization’s statewide robotics competition.

“Competing in the FIRST Robotics Competition is very expensive,” said Elvebak. “Each year we spend about $4,000 in parts to build the robot from scratch and another $9,000 in registration fees to compete. Factor in hotels and busses for the students, and community outreach projects like the GoBabyGo vehicles, and our cost to operate goes up quite a bit.”

“Through the power of creativity and teamwork, these students are changing lives and impacting others in a positive way,” said Dakota Electric CEO, Greg Miller.

Rogue Robotics received $500 from Dakota Electric and will go on to compete with other Touchstone Energy Award winners from across the state for a cash prize of $1,000. Military Family Support Group (Burnsville), BrainPower in a Backpack (Burnsville) and Caring Hearts in Action (Farmington) were all runners up and received $500 each.