A Day in May

A Day in May 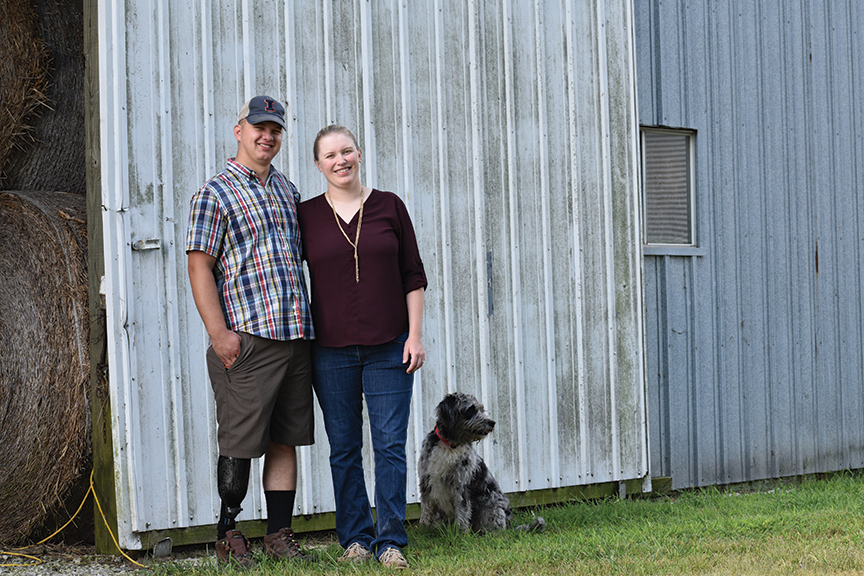 It was an average Illinois day in May — one that started like any other, when Cody Conrady was at work for an ag fertilizer company.

He was an assistant manager, and it was his next-to-last day on the job. They were understaffed that day, and Cody was filling in wherever he was needed.

He jumped in the truck to try and get ahead of the sprayer. Once the sprayer was in position, he hopped out to fill the tank with fertilizer.

He and his coworker inside the cab were unaware that the sprayer boom had either made contact or gotten too close to a power line.

7,400 volts of electricity traveled through the boom and electrified the equipment and ground where Cody was standing. Unfortunately, the electricity considered Cody’s body as part of its path to ground.

Since that day, Cody and Bailey began a tough road of recovery, together. For him, it was true grit, determination and living the ups and downs that come with this type of recovery. For her, it was emotional strength and fortitude — witnessing Cody’s setbacks and victories and supporting him through them all.

Cody took his first steps as part of his recovery four months later — days before their September wedding.

Cody and Bailey share their experiences to increase awareness about power line safety.

Electricity can travel through anything in its path. Unintended contact can happen in an instant.