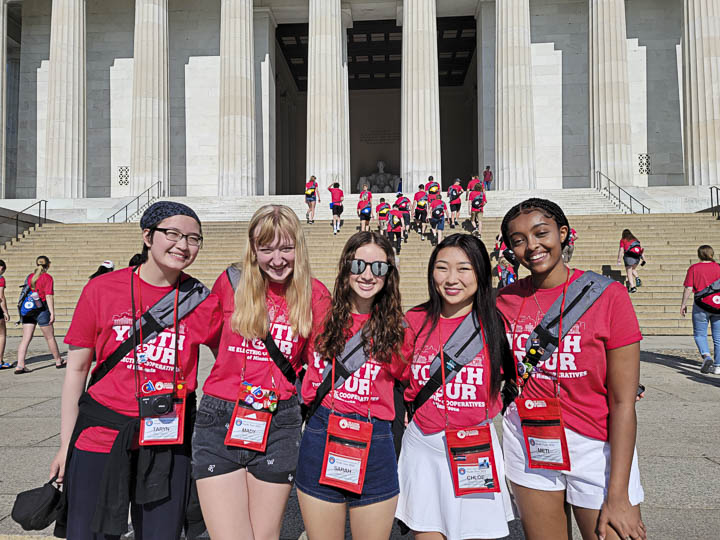 The National Rural Electric Cooperative Association (NRECA) Rural Electric Youth Tour hosts students from across the nation in an activity-filled week in our nation’s capital. Nearly 2,000 high school youth learned firsthand about politics, community development and today’s social issues. The events of the Youth Tour consisted of learning about governmental processes, issues of the day, electric cooperatives, American history an

Students had fun, enjoyed seeing many sites and memorials, learned many things and made memories.

“Words cannot describe how thankful I feel to have gained this opportunity through Dakota Electric,” Bechard said. “I’ve gained so much knowledge and even more friendships. I will never forget it!” 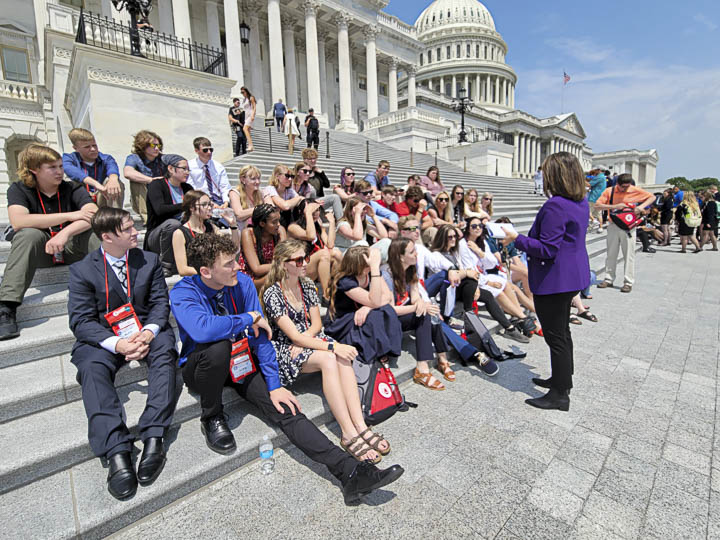 Students hearing from Representative Angie Craig on the steps of the Capitol building.

“Thank you so much for this experience,” Rauf said. “I had an amazing time in Washington, D,C., and gained a lot of confidence. I am very excited and honored to represent Minnesota on the Youth Leadership Council!”

Rauf was selected by her peers to represent Minnesota on the Youth Leadership Council. As a delegate to the YLC, she will return to Washington D.C. in July to focus on leadership skills, and then in 2023, she will participate in the National Rural Electric Cooperative Association’s annual meeting.

In addition to taking in the sights and sounds of Washington D.C., all state groups convened for Rural Electric Youth Day to learn from public figures and inspirational speakers. 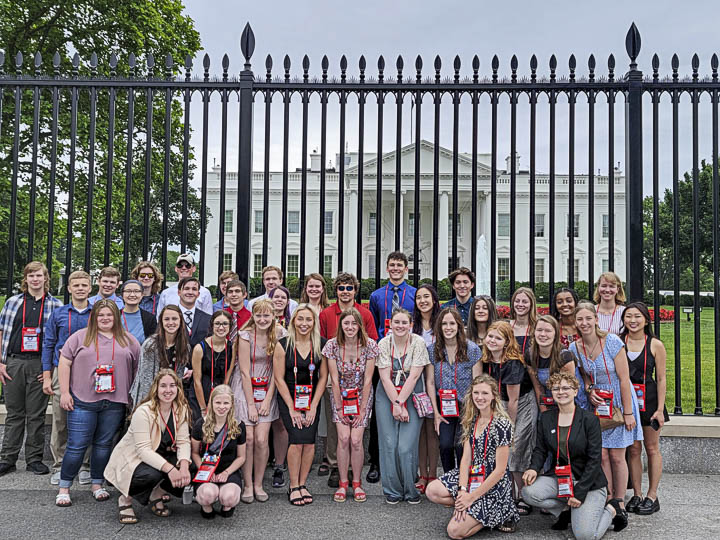 The Minnesota delegation in front of the White House.

Mike Schlappi, a four-time Paralympic medalist and two-time World Champion wheelchair basketball champion, gave an inspiring message for every American, young or old: “Just because you can’t stand up, doesn’t mean you can’t stand out.”

The Electric Cooperative Youth Tour has been a joint effort of local electric co-ops, such as Dakota Electric, their statewide co-op associations, including the Minnesota Rural Electric Association, and the NRECA, since 1964. In that time, more than 58,300 high school students from the nation’s cooperative electric utilities have visited their U.S. congressional lawmakers, attended grassroots government education sessions and enjoyed sightseeing in Washington D.C.

Students wishing to participate in Youth Tour 2023 should watch for information in Dakota Electric’s newsletter or on the Web site in January or contact their guidance counselor.