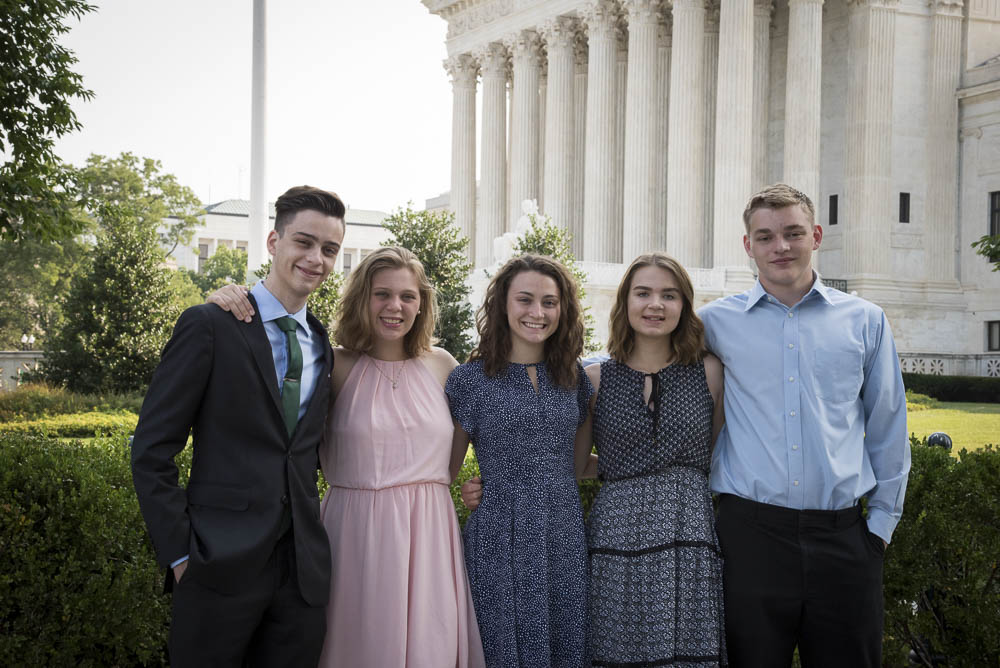 Each year in June, an activity-filled week affords these high school youth opportunities to learn first hand what it is like to be involved in politics, community development and today’s social issues. The events of the 2017 Youth Tour consisted of learning about governmental processes, issues of the day, electric cooperatives, American history and meeting with elected legislators, including Representatives Peterson, Nolan, Lewis, Emmer and Walz and Senator Franken.

Students had fun, enjoyed seeing many sites and memorials, learned many things and made memories. The trip inspired some to desire to be active in politics.

“I can’t wait until I’m working in congress and making a positive change in our country,” said Shaw.

Seeing the monuments, especially the National Museum of the Marine Corps, was a moving experience, and Barnes said he “could not go far without a feeling of great national pride.” He also said he “gained 38 new friends.” This trip is described by many as “a trip of a lifetime.”

Emma Anderson was selected to represent Minnesota on the Youth Leadership Council. As a delegate to the YLC, she will return to Washington D.C. in July to focus on leadership skills, and then in 2018, she will participate in the National Rural Electric Cooperative Association’s annual meeting. This is a huge honor and it is the second year in a row that a Dakota Electric student was selected for this role.

In addition to taking in the sights and sounds of Washington D.C., all state groups convened for Rural Electric Youth Day to learn from public figures and other inspirational speakers.

Mike Schlappi, a four-time Paralympic medalist and two-time World Champion wheelchair basketball champion, gave an inspiring message for every American, young or old: “Just because you can’t stand up, doesn’t mean you can’t stand out.”

The Electric Cooperative Youth Tour has been a joint effort of local electric co-ops, such as Dakota Electric, their statewide co-op associations, including the Minnesota Rural Electric Association, and the NRECA, since 1964. In that time, more than 58,100 high school students from the nation’s cooperative electric utilities have visited their U.S. congressional lawmakers, attended grassroots government education sessions and enjoyed sightseeing in Washington D.C.

Students wishing to participate in Youth Tour 2018 should watch for information in Dakota Electric’s newsletter or on the Web site in January or contact their guidance counselor.