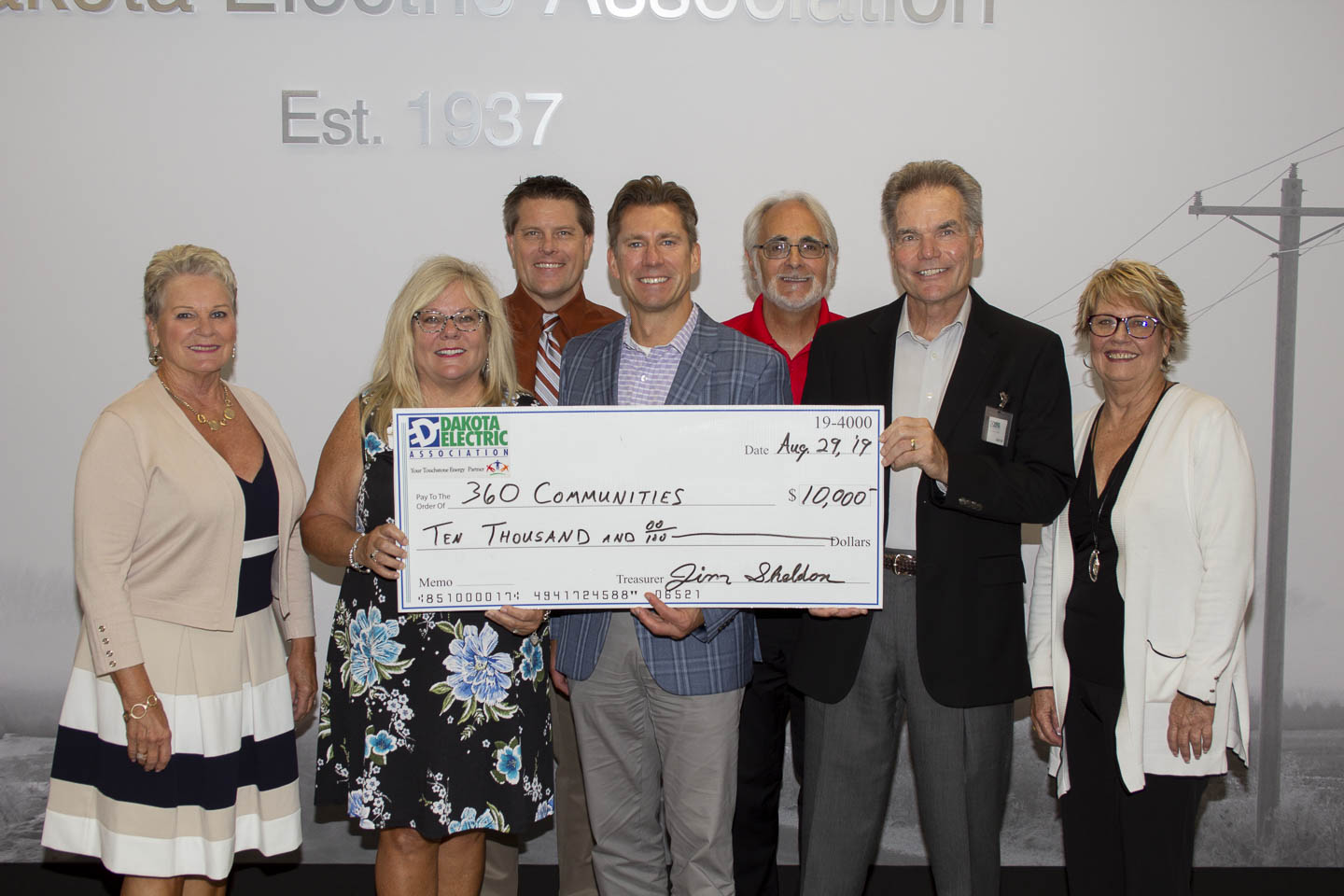 Dakota Electric Association, along with CoBank, one of its lenders, recently donated $15,000 to two local community organizations. Dakota Electric’s $5,000 donation to 360 Communities and its $2,500 donation to DARTS were matched by CoBank through the company’s “Sharing Success” grant program, providing $10,000 to 360 Communities and $5,000 to DARTS.

Dakota Electric’s Board of Directors, along with Cliff Bolstad of CoBank, presented checks to 360 Communities’ CEO Jeff Mortensen and Laurie Bolin, development director, and DARTS CEO Ann Bailey and Steve Haschig, director of advancement, during a recent board meeting. This is the seventh year that Dakota Electric’s donation was doubled through CoBank’s grant program.
Mortensen thanked CoBank and Dakota Electric’s board for the donation. “We can’t do all we do without the help of the community and supporters like you. Thank you,” Mortensen said. 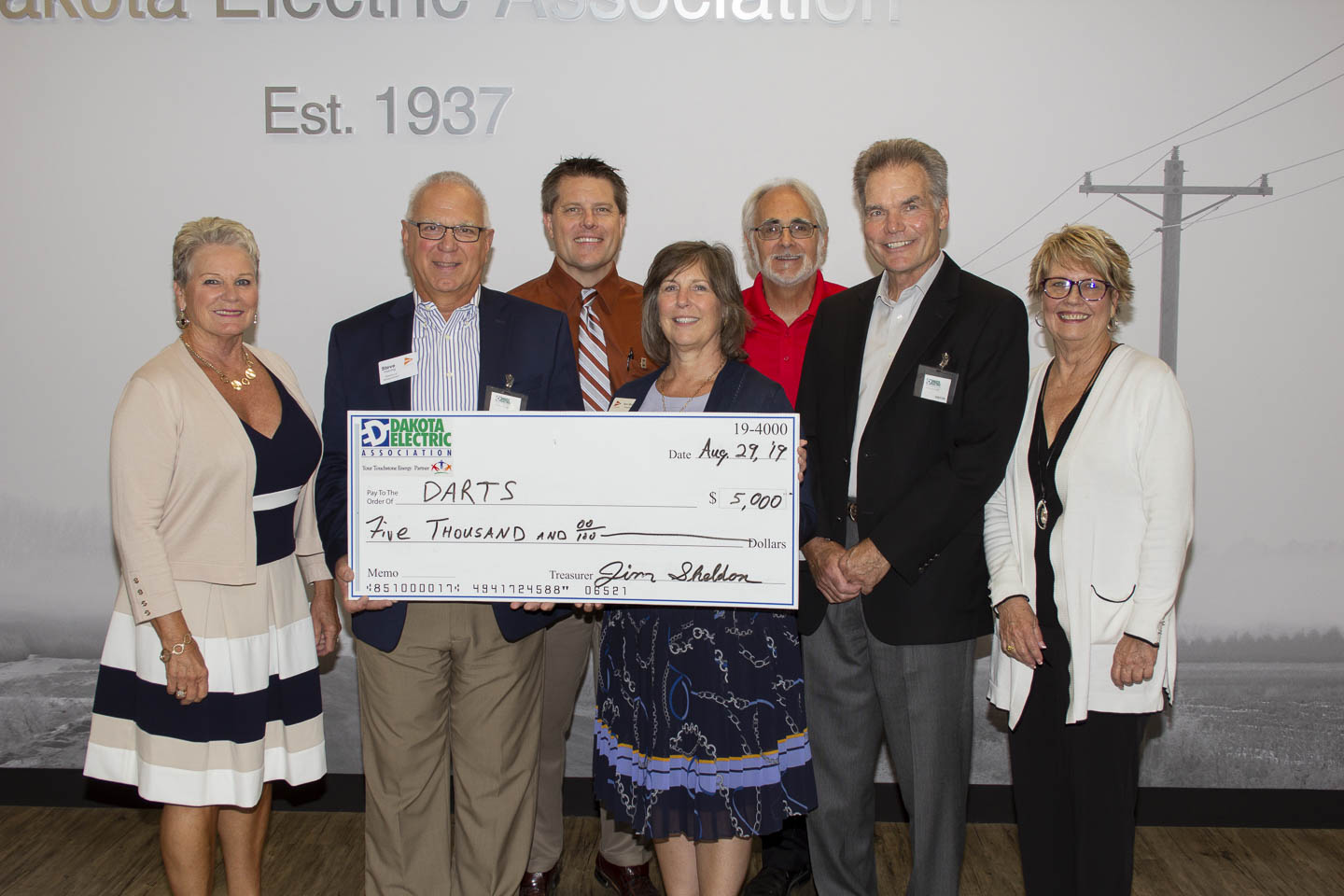 Bailey thanked CoBank and Dakota Electric for the support of DARTS over the years. “We are incredibly grateful for the relationship we have had with Dakota Electric over the years,” Bailey said. DARTS provides transportation for the elderly in Dakota County as well as affordable living opportunities and home services.

“What great organizations,” Bolstad said. “We are glad we can help support Dakota Electric’s ongoing community efforts through our Sharing Success program.”

“We thank CoBank for their Sharing Success program, which doubles our donation to these great community organizations,” said Dakota Electric’s Board Chair Jerry Pittman.